You may have heard about blockchain, quite possibly, like me you first heard of it in relation to something called crypto currency or bitcoin.

Bitcoins are apparently a bit like pound coins except they don’t go out of date, don’t really exist, but apparently they’re worth something. I have sneaking suspicion how much they’re worth depends on whether you’re selling or buying.. but to be honest any conversation about bitcoins involves having to define what money actually is.. this gets really complicated and guarantees an argument, a headache or both.

So I’m going to park bitcoins and just talk about blockchains.

Definition of blockchain – Continuously growing list of records which are linked and secured using cryptography. Typically each block contains a pointer to the previous block, a timestamp and transaction data.

One idea behind blockchain is that the can serve as an inherently open distributed ledger recording a series of transactions between two parties. (Hope you’re following this).

From the above (if you’re still with me) you can see that block chains are inherently resistant to modification or change. (In other words you’ve got to know quite a bit about your block chain, before you could even consider changing the data). Furthermore once recorded you cannot go back and amend the data retrospectively, without altering all subsequent blocks and for that, it is said the you would need a “collusion of the network majority” (what a wonderful phrase!).

In other words, for those of us who remember Tippex, there’s no going back and airbrushing out transactions that you don’t like. There’s no, cooking the books, fudging the figures or dressing up the data in any way.

In own way our online data room Collabor8online builds its own simple blockchain. Once uploaded to the system, any document, image or file is stored securely. If that document is updated, its version number is incremented, with the original and indeed all prior versions being kept intact and visible to administrators.

What is more any action is recorded in the systems “activity audit”. So system administrators cannot only control who can see what, they can see who did what and when, and indeed what they did it to.

If you’re looking for an online data room that’s safe and secure to store your transactional data. click call any of the numbers below. We’d be delighted to hear from you. 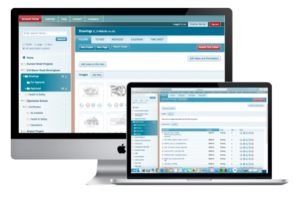 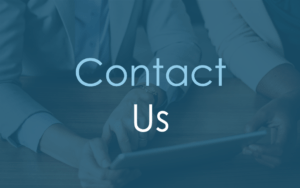 We use cookies on our website to give you the most relevant experience by remembering your preferences and repeat visits. By clicking “Accept All”, you consent to the use of ALL the cookies. However, you may visit "Cookie Settings" to provide a controlled consent.
Cookie SettingAccept All
Manage consent

This website uses cookies to improve your experience while you navigate through the website. Out of these, the cookies that are categorized as necessary are stored on your browser as they are essential for the working of basic functionalities of the website. We also use third-party cookies that help us analyze and understand how you use this website. These cookies will be stored in your browser only with your consent. You also have the option to opt-out of these cookies. But opting out of some of these cookies may affect your browsing experience.
Necessary Always Enabled
Necessary cookies are absolutely essential for the website to function properly. These cookies ensure basic functionalities and security features of the website, anonymously.
Functional
Functional cookies help to perform certain functionalities like sharing the content of the website on social media platforms, collect feedbacks, and other third-party features.
Performance
Performance cookies are used to understand and analyze the key performance indexes of the website which helps in delivering a better user experience for the visitors.
Analytics
Analytical cookies are used to understand how visitors interact with the website. These cookies help provide information on metrics the number of visitors, bounce rate, traffic source, etc.
Advertisement
Advertisement cookies are used to provide visitors with relevant ads and marketing campaigns. These cookies track visitors across websites and collect information to provide customized ads.
Others
Other uncategorized cookies are those that are being analyzed and have not been classified into a category as yet.
SAVE & ACCEPT